Pakistan is located in South Asia and is at the junction of Central Asia and Middle East, which gives its location great significance. Pakistan’s total land border is 6,774 kilometers long and it borders four countries. Pakistan borders India in the east, Afghanistan and Iran in the west and China is situated at the northeast. While surrounded by land from three sides, the Arabian Sea lies in the south. Here we will focus on Pakistan’s international borders and some interesting facts about them.

Pakistan-China
The border between Pakistan and China is nearly 523 kilometres long and is situated in the northeast of Pakistan. A number of agreements took place between 1961 and 1965 in which the borderline was determined between the two countries. The famous agreement called the Sino-Pakistan Agreement or the Sino-Pakistan Frontier Agreement, was passed in 1963 between Pakistan and China, according to which both countries agreed on the border between them.

Pakistan-India
The Radcliffe Line became the official border between Pakistan and India on August 17, 1947. As the border was established by Sir Cyril Radcliffe — the chairman of the Indo-Pakistan Boundary Commission — therefore it was named after him. The Pakistan-India border is almost 2,912 kilometres long. When discussing Indo-Pak border, Wagah is an important place for both countries. It is the only road border crossing between India and Pakistan, and lies on the Grand Trunk Road between the cities of Amritsar and Lahore.
Wagah is also famous for ‘the lowering of the flags’ ceremony which is held there every evening, and is witnessed by a large crowd from both the nations. Wagah is actually a village from which the Radcliffe line was drawn separating India and Pakistan. 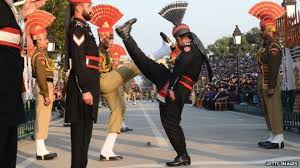 He was appointed by the government of British India in Afghanistan to resolve numerous issues — settling the border issue was one of them.

Pakistan-Iran
The border between Pakistan and Iran is also called the Pakistan-Iran Barrier and is 909 kilometers long. A concrete wall (three feet thick and 10 feet high) is currently under construction and would replace the bordering fence. The wall holds a controversial position as the people of Baluchistan oppose its construction as many of their lands are situated at the Pakistan-Iran border and the wall would create hindrances for them. The Arabian Sea
The Arabian Sea is located south of Pakistan with a coastline of 1,046-kilometres. Pakistan’s Indus River drains out in the Arabian Sea. The Arabian Sea also serves as an important trade route between Pakistan and other countries, and Karachi is the major port city for conducting trade. 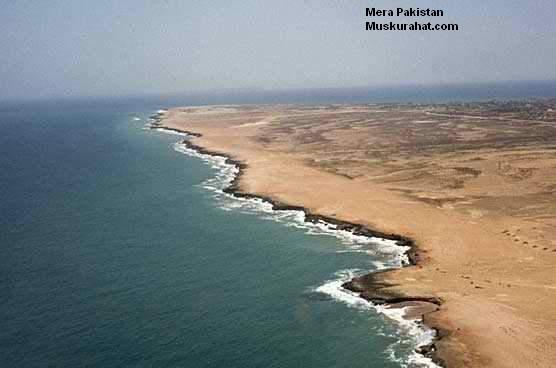