This is sequel to my invitation to join the Billion Tree Campaign initiated by United Nations Environment Program. The purpose of this campaign is to invite communities, businesses, activists and people to plant and grow native trees and preserve biodiversity. 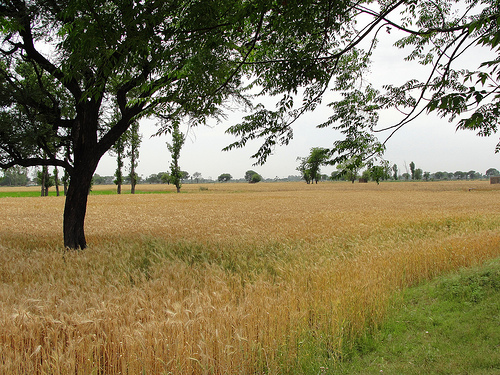 Native trees are species that have colonized the landscape of a region  by natural processes and by going through a number of climatic changes that occurred over many thousand years. These native trees have adapted themselves to the local conditions and have become part of the ecosystem of the region. Unfortunately, most of the native trees are victims of deforestation and have been reduced to the verge of extinction. In order to make up the deficiency, we have been planting new trees but most of these trees do not belong to the ecosystem. They are invading trees that would gradually take place of most native trees and ultimately impact the whole ecosystem disturbing the wild life, insects, birds, crops and the soil.

The Billion Tree Campaign specifically targets at creating awareness of the importance of native trees and encourage people all over the world to protect and grow native trees in their localities.  In the coming weeks, I would feature popular native trees of Pakistan. Since these are native trees, you can can grow them easily almost everywhere in the country. The first tree in this series is Delonix Regia also known as Gul Mohr. Return to my blog soon for an interesting post on Gul Mohr.